When you think of The Hague, you quickly think of a gull or ringed parakeet when you have to describe a bird living here. But we see the house sparrow less and less. There is now a plan to protect the little animal (extra) in the city.

It is not often that you come across a brown sparrow in the center of The Hague. With a bit of luck you will come across a chattering couple at Kijkduin, but otherwise they seem to disappear. In Laak and the Binckhorst the critters are now being protected.

Save the house sparrow

The mus is having a hard time in The Hague, which is why you unfortunately see them less and less. Fortunately, the municipality of The Hague will take a number of actions to ensure that the house sparrow does not disappear from the Binckhorst and Laak.

The plans of the municipality state: ‘The Municipal Executive recognizes that the house sparrow enjoys protection in accordance with the Nature Conservation Act, that the population must be maintained as such and that the protection and measures necessary to keep the house sparrow population vital in the Groene Long van Laak, is not specifically guaranteed in the plan and policy rules of the Environmental Plan.’

For example, in the garden at Kasteel Binckhorst plants that are extra suitable for house sparrows have been planted, extra hedges will be placed along the Trekvlietweg so that the sparrows can build their nests there and shrubs will also be installed at Stadsboerderij Molenweide where sparrows like to sit.

We found a lot more for you…

These humpback whales have been spotted at the harbor of Scheveningen 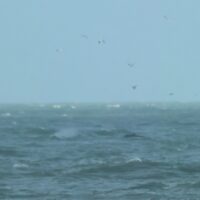 Dear cat Lviv prefers to find a house with a garden