Train passengers in The Hague have probably already noticed that it is getting busier on the train. There is a good chance that this will get worse in the near future. NS reports that fewer trains will run from Monday 7 November due to the staff shortage.

For travelers from The Hague, the biggest change is that fewer trains run between The Hague Central and Amsterdam Central.

All changes on the track

Schagen and Alkmaar (during rush hour)

Alkmaar and Haarlem (during rush hour)

Groningen and Assen (during the rush hour)

Woerden and Leiden Central (in the edges of the rush hour)

NS announces that this is a step towards the new timetable that will be published on 11 in December. For more information, check the special 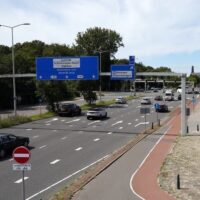