You can see the most thirst-quenching exhibition of the century during De Parade. Hendrick’s Curious Cucumber Cabinet is coming to The Hague from 1 to 17 July.

Hendrick’s Gin and De Parade put their heads together and found a shared love for all things unusual. Thus Hendrick’s Curious Cucumber Cabinet was born. You can only see the new collection of cucumber curiosities during De Parade.

You don’t want to miss this! Hendrick’s Curious Cucumber Cabinet is unusually refreshing. In fact, whoever chooses the right route past bathing, singing and dancing cucumbers can come across a tasty tasting. Of course with infusions of cucumber. Delicious!

Experts and critics in the field of cucumbers have been talking about it for some time. In the exclusive circles of cucumber art critics, there was extensive speculation about whether the collection really existed. So green, so curious and so… cursed?! It was too spectacular to be true: this exposition of cucumber curiosities. You will learn whether that is really the case during the exhibition of Hendrick’s Curious Komkommerkabinet during cultural festival De Parade.

Read more below the photo>

Maybe in 2017 you already have the cucumber zoo with pop-up bar of Hendrick’s Gin seen in Amsterdam. The Cucumber Cabinet has a completely new collection that travels with De Parade. Rumor has it that you can not only watch cucumbers, but also quench thirst with a visit to the museum at the festival. Don’t feel like watching cucumbers, but do you feel like gin? There is also a Hendrick’s Gin bar. 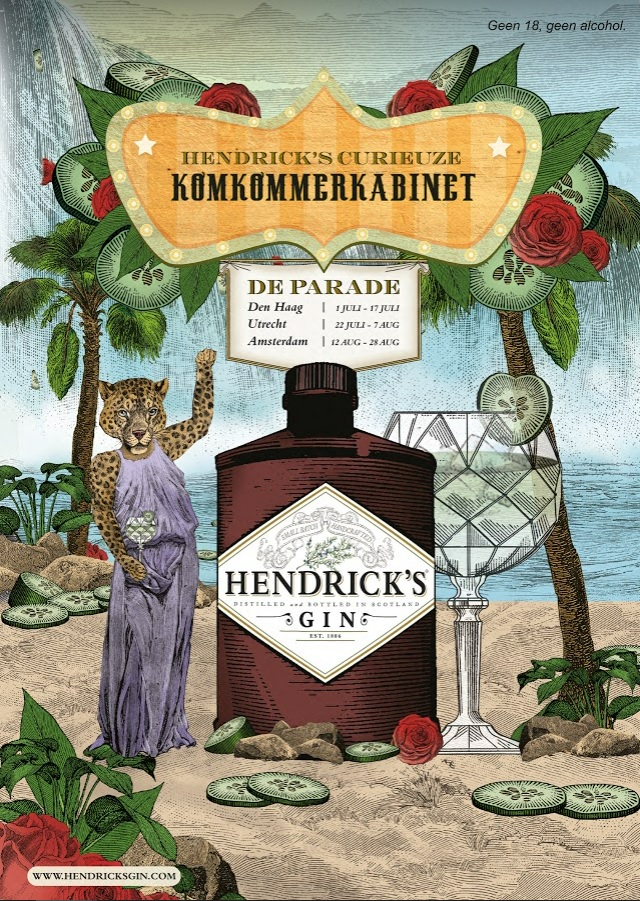 In July you will visit Hendrick’s Curious Cucumber Cabinet at De Parade in The Hague. Unfortunately, your alpaca cannot be taken to the exhibition. The tragic moment when an alpaca ate a cucumber museum piece in 2017 has not been forgotten. Nevertheless, it is worth scoring a ticket for the exhibition!