For a lot of people in the Albert Heijn on the Turfmarkt the AH where lunch or daily shopping is scored. But be careful; this week the Appie will close its doors for a week or two.

On Thursday Albert Heijn Turfmarkt closes on May 5 at 11: hours before a major renovation. On Tuesday 11 May you have to be ready and go to the supermarket 00: 04 open again.

Albert Heijn addresses in The Hague

When the new Appie reopens later, there will be more room for fresh products and many easy ready meals such as sushi.

Luckily there are quite a few Albert Heijn branches in the center of The Hague, so you don’t have to go far for your groceries when the supermarket on Turfmarkt is closed. The closest are the supermarkets of Albert Heijn at The Hague Central, the Hofweg and the two Appies on the Grote Marktstraat, the closest of the closed branch. 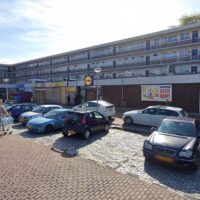 Note: this cycle path is being renovated and will be closed for a while