It’s almost time. On Tuesday evening and night we celebrate King’s Night in The Hague with The Life I Live festival. 27 April 2022 the anniversary edition of the festival starts with the Ukrainian band Go_A, known from the Eurovision Song Contest.

Where should you be on Tuesday evening? What time do your favorite bands start? Where are the toilets? And where can you park? All this information about King’s Night 2022 in The Hague you will find here:

Good to know: The Life I Live is free and the stages can be found at:

Also handy to know, the extra toilets can be found here: 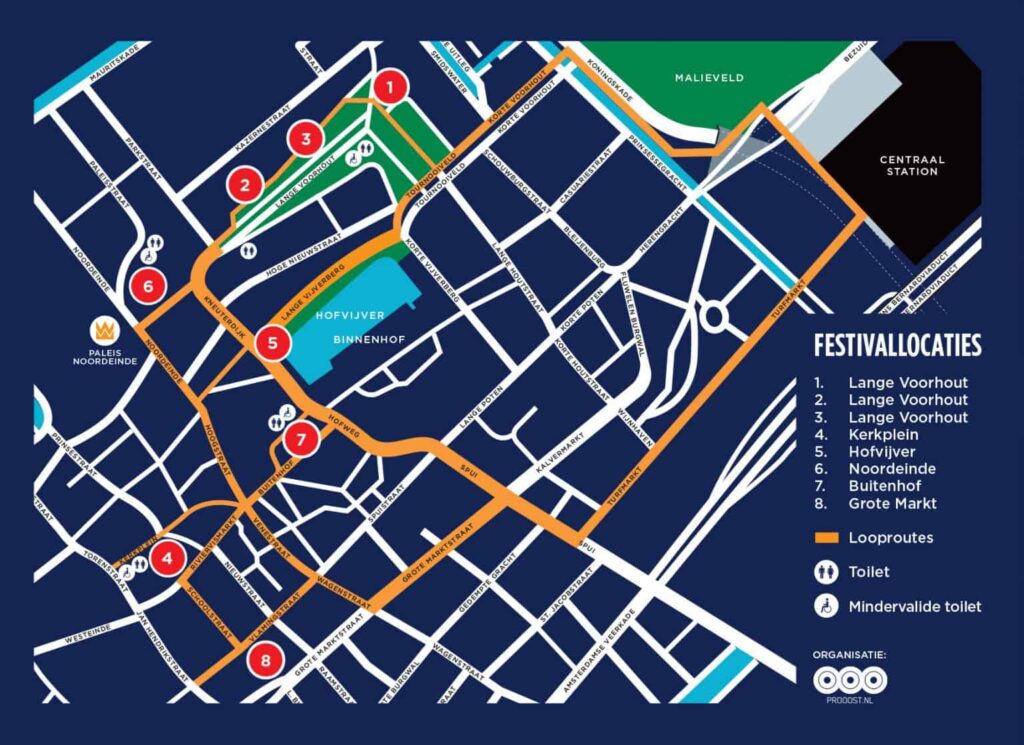 Swipe for the program >>> 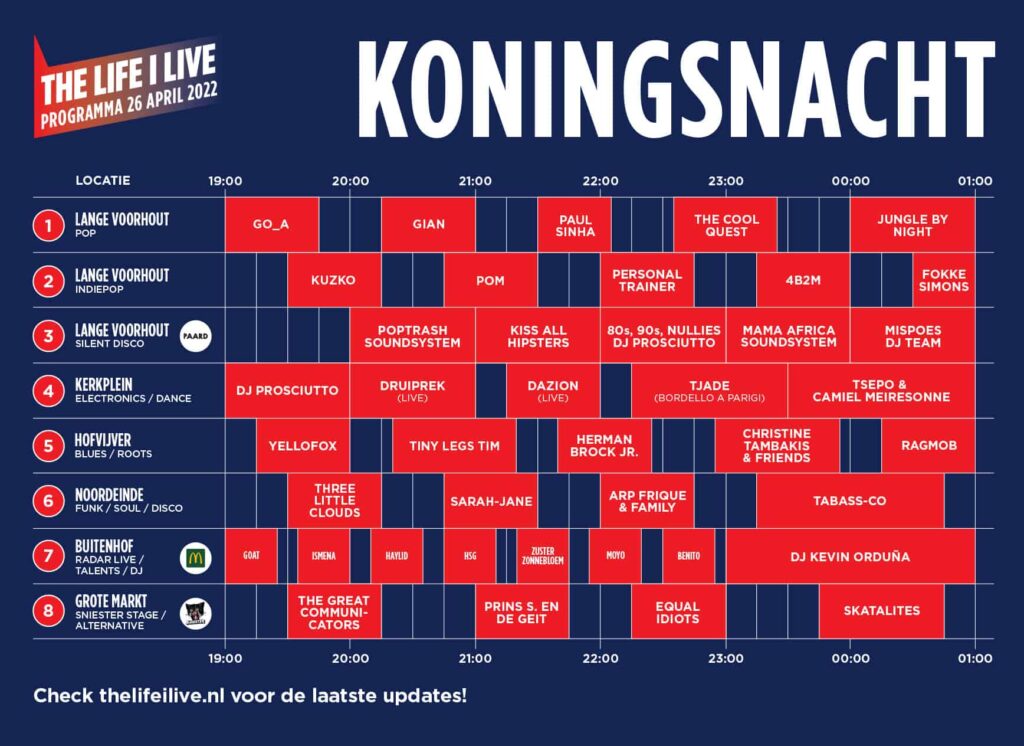 Are you going to the center of The Hague by public transport? Please note there are diversions. From 19. hour drive tram 1, 15,

Finally, after two years, we can really let loose again during King’s Day . There is a lot to do in The Hague! The…

Royal day 2022 on Kijkduin: this is something to experience

Sleep in this iconic Berlage building by Ibis: 'Everything breathes history'

The Hague vs. the rest of the Netherlands: you get that much house for the same amount

Beachunk number ten is Nova: 'You are a beautiful appearance'