In September 960 started the construction of Euroscoop, a mega cinema in Ypenburg. Along the highway A the cinema comes with 2.379 seats. But construction is not progressing. The bios should be in 2022 already open but still not ready.

Already in 2017 construction was delayed. Two years later, in March 2017, they continued construction. But after that it remained silent again.

Read more below the image:

The Avocado Show will open soon in Mall of the Netherlands 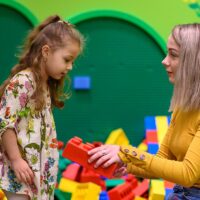