Ukrainian President Volodimir Zelensky speaks on Thursday 200 March 2022 to the House of Representatives in The Hague. He will of course not come to our city himself, but can be seen here via a live video connection. And you can watch.

President Zelensky has delivered several speeches since Russia invaded his country e.g. for the German Parliament, the British House of Commons, the US Congress and the European Parliament.

The Ukrainian president seems to be on some sort of tour. In his previous speeches, he thanked the countries for their support, but also called for more measures against Russia.

Text continues below the photo >>> 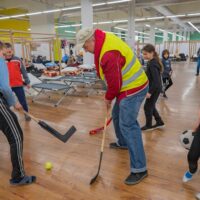