There is nothing more fun than winning a competition: especially if you become the best in South Holland! The well-known VMBO school in The Hague Francois Vatel has succeeded: “We are now officially the vocational school in the region.”

Each year, Francois Vatel participates in the Talent SKILLS competitions. Only pre-vocational secondary education students who excel in the direction they have chosen will participate. For Francois Vatel these were students of the courses Media, Design and ICT (MVI) and Horeca, Bakery and Recreation (HBR).

Last week the time had come: the regional finals finally started. Marco van Wijngaarden, location director of Francois Vatel, says: “The assignment for the MVI students was to put together an interactive

mock-up app (a mock-up is basically a working example of the app to show how the app works) for a sneaker store. Including all the logistics that go with it.

The assignment contained a number of challenges that the students had to solve themselves, using their own creativity. They did a great job and that’s why they became number one!” 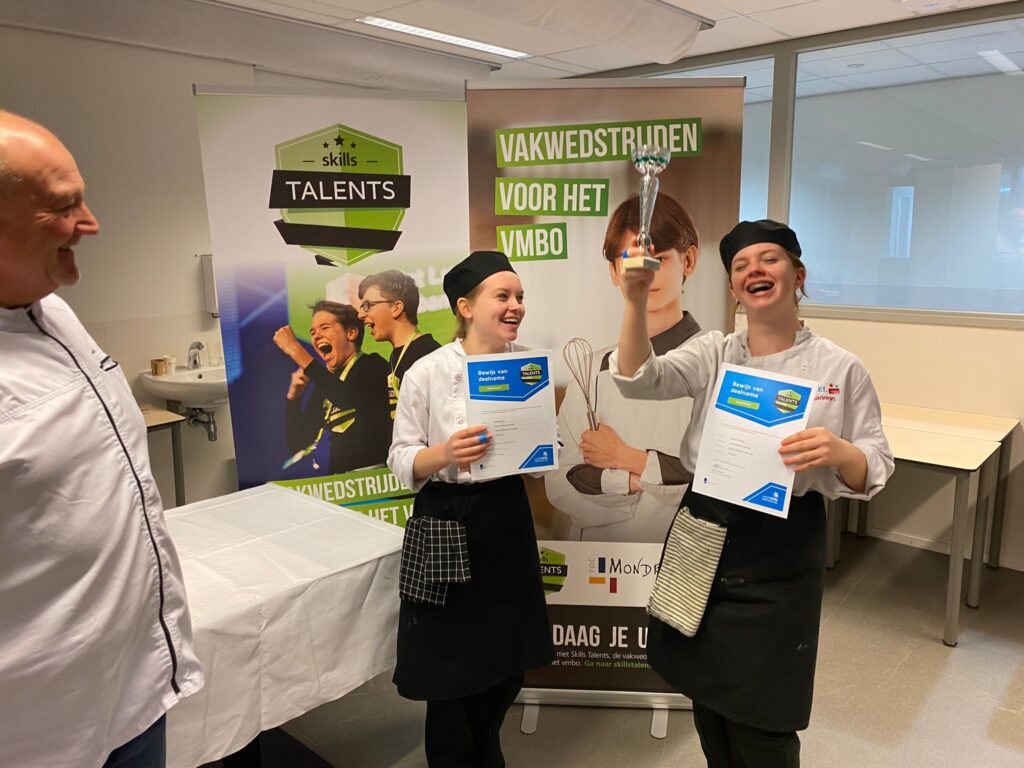 But the catering students also excelled in the final. Marco: “For the HBR course, the students received a number of ingredients shortly in advance with which they had to put together a three-course menu. Here too, an appeal was made to creativity, knowledge and skills. The presentations of the students were also great, this one was also won. I am very proud of them.”

By winning the competition, Marco and his colleagues have achieved their goal. “Three years ago, when the new school plan was launched, Francois Vatel’s team of teachers agreed that we want to be the vocational school in the region of The Hague for MVI and HBR. Everyone has worked hard on this and the students have delivered on it beautifully. We now move on to the national final on March, in the Jaarbeurs Utrecht. We’re going for it!”