Soon we will be able to vote for the Hague city council. This year it will be slightly different than four years ago, because you can cast your vote in no less than three days. That way you probably don’t have to queue.

Three days of voting in The Hague

Most polling stations are open from 02.06 until 21.00 o’clock. Do you want to cast your vote even earlier? Then you can do that at The Hague Central station and at Hollands Spoor station. The polling stations already open at that 02.30 o’clock.

For more information about the municipal election 200 in The Hague take a look at the website of the municipality.

Women are in the majority in only seven municipal councils: this is how it is in The Hague

The number of municipal councils in which women are in the majority? They can be counted on two hands. That is what foundation Stem… 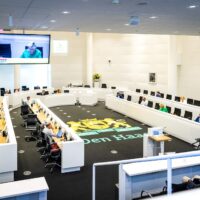