“Cappuccino with oat milk?” asks Laura Blomberg () smiling as we enter. She knows exactly what we want, because this isn’t the first time she’s poured us a nice coffee. If not at coffee shop Fleur, then at Haags Hoog.

This time Laura takes a cup of coffee herself and we plop on the couch. We’re talking about Laura’s coffee adventure and how she got into it. “Like some kind of accident actually”. Laura worked in a lunchroom on the Fred five years ago and had to take over ‘the bar’ for a while. “The owner had an important phone call and just called out ‘good luck Lau. Can you!” before he walked away with the telephone to his ear”.

One thing led to another and Laura has now attended various trade fairs, attended courses and even participated in competitions. The Amsterdam Coffee Festival was ultimately the deciding factor. During the festival, she met many people who wanted to accompany her in the coffee adventure. She received training, was able to show her skills in different places and she grew into a true barista.

“After 203136 cappuccinos I knew there was more than just making coffee. But what?” Laura wanted to try something new again, but with a link to coffee. And so she decided to go to South and Central America, the continent of delicious coffee beans. At about the same time, a friend of Laura sent a message that Roast Factory was looking for was to a coffee lover. And since Corona threw a spanner in the works in the Latin American adventure, Laura came back to the Netherlands and is at Roast Factory and afterwards also at coffee bar Fleur got started.

Travel and coffee is the perfect combination for Laura. While we drink our cappuccino, made of beans from Colombia, we scroll through the beautiful and cheerful travel pictures on Laura’s Instagram account. From Europe to Asia and thus Latin America. Laura does not have a most beautiful trip, “all trips had and have something beautiful and special in their own way”. Laura feels at home in Europe, in Asia she finds the people and culture extremely instructive and interesting and the culture and language of Latin America continues to attract her.

When we ask for a nice anecdote, we get a very special answer. Laura gets a nice feeling of turbulence. “I like that floating falling feeling,” she says, half hiding behind the cup of pleuâh. We’ve never heard that before. 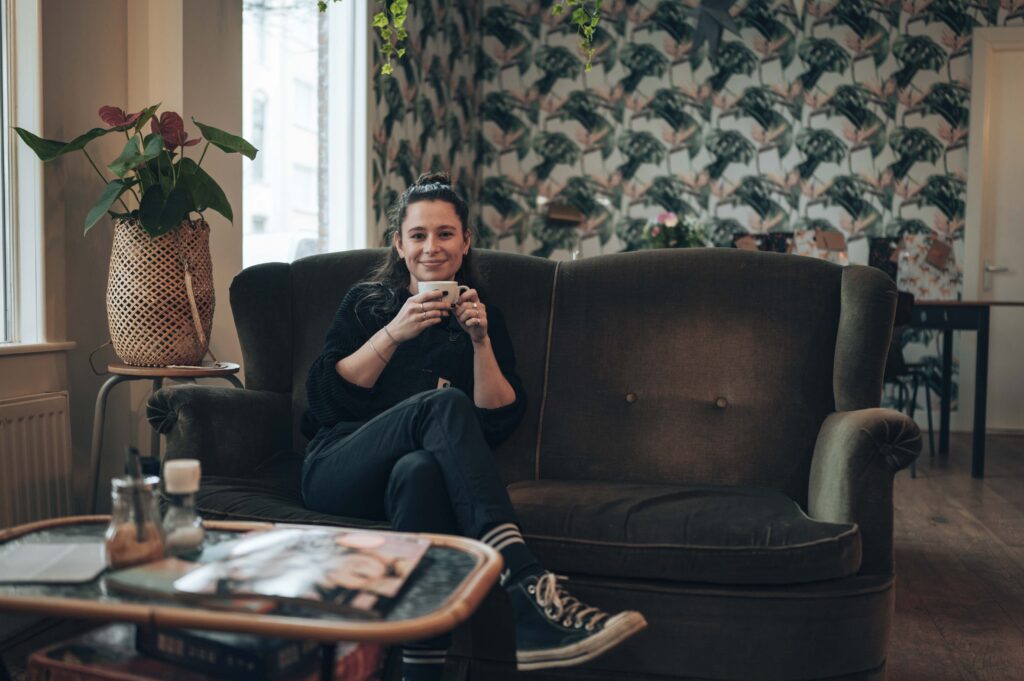 We’ll go on and on about coffee because we naturally want to know more about coffee contests. Laura’s coffee mentor insisted on entering competitions. No sooner said than done. Laura took part in a latte art competition in Bleyenberg with all the ‘coffee nerds’ from The Hague. The most beautiful hearts, tulips and swans appeared in coffee cups. “It wasn’t very serious but it was super fun”. Laura would rather take latte art and barista courses than participate in competitions. And does she ever want her own coffee shop? New. She wants to learn everything about roasting coffee and tasting it, but above all follows her feeling, intuition and does what makes her happy.

KadeRock is very special this year: 'Three generations on stage'

The buses and trams will not run for a day: 'we are done with it'