King Willem-Alexander announced on Instagram today that the Golden Coach can no longer be seen for the time being. Not in the museum and certainly not on Prinsjesdag.

The Hague is any year on the third Tuesday in September, the place to wave to the Golden Coach, containing Queen Máxima and King Willem-Alexander. But that is not possible for the time being.

Prinsjesdag has looked different for years. Over the past two years due to the corona measures and the years before, the Golden Coach was restored and the members of the Royal House drove around in the Glass Coach and other carriages.

The Gouden Koets has also been controversial for some time because of the side panels that show images of a period in Dutch history that not everyone is proud of. “It makes no sense to judge and disqualify what has happened through the lens of our time. Simply banning historical objects and symbols is certainly not a solution’, says the king.

According to the king, the only start driving the carriage again when the Netherlands is ready. ‘As long as there are people living in the Netherlands who feel the pain of discrimination on a daily basis, the past will still cast its shadow over our time and it will not be over yet.’ 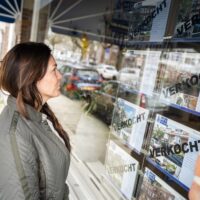 Outbid, outbid and outbid again: there seems to be no end to the madness in the housing market. In addition…

)Oh dear, Dille & Kamille leave the Place (and this is where they go)

Delicious: this gingerbread shop in The Hague wants to stay open all year round

Too bad. One of the nicest and oldest toy stores in The Hague is closing

Looking inside Jennifer's natural gas-free home: 'The heating was turned on for the first time at the end of December'