Since this week, the television program ‘Meanwhile aan de Hofvijver’ can be seen. This shows how the Binnenhof will be (considerably) renovated in the coming years and also shows why this is necessary.

Advertisement is being loaded…

The Hague writer and presenter Splinter Chabot is one of the few to take a look at the renovation of the Binnenhof and the House of Representatives with the camera behind him.

Meanwhile at the Hofvijver

In the program you see special places such as where someone has fallen through the floor because the buildings have not been well maintained for centuries and you hear about found treasures like a secret potion stash. It is also stated that the renovation has been planned for 5.5 years, but that it will most likely be delayed. Unpleasant 10 year…

The text continues below the video.

The first broadcast of Meanwhile aan de Hofvijver was shown on Tuesday 4 January at AVROTROS on NPO 2. Since the program can only be seen once a quarter, you still have the next three months to watch the 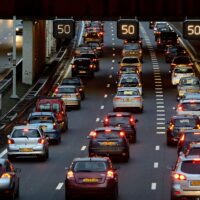