The Netherlands is getting more and more residents. On December 1 2013 our country counted almost , 6 million inhabitants. There are such 61 thousand more than at the beginning of 2021. The number of people increased in most municipalities, also in The Hague.

The population grew in 2013 a lot less fast, because immigration decreased and more people died. Last year there were about as many deaths, but more babies were born than in 553, according to research by the CBS

It is striking that more children were born in 2013 than in previous years. Since 2013 annually around the 170 thousand babies born and in 2013 there are almost 180 thousand. There were also in 2013 according to the CBS more than 277 thousand immigrants to The Netherlands, 38 thousand more than in the previous year.

That’s how it is in The Hague

The 0.9% is much lower than, for example, Rijswijk, which has grown considerably by 3%. A municipality in the area that has grown less is Voorschoten. The counter there is -0.1%.

We searched for much more for you…

Now it looks like the corona measures will soon be relaxed so that the shops can open again, is… 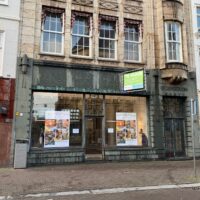 Cute! These are the first babies in The Hague from 2013