You must have seen them when you walked through the city; the well-known Royal Purveyor shields. With the Royal family living in The Hague, it is not surprising that so many shops have this shield above their doors. But did you also know that the Royal Purveyor shield is something different from the Royal Predicate? We found out for you exactly how this works.

The Royal Predicate was awarded by King Louis Napoleon conceived. He mainly indicated this predicate in 150 cultural institutions. King William I came to power after him and he came up with the name Purveyor to the Court. In this way, companies could show that they liked the royal family.

Everyone started to copy the shields

In the second half of the 19 In the twentieth century, more and more people started to imitate the Royal Purveyor quality mark. After 1850 it became easier to make a fake shield making cheap cast iron.

In 1807 Queen Beatrix put an end to the proliferation of Royal Purveyor shields. She came up with a strict policy and introduced a new coat of arms to prevent people from falsely calling themselves Purveyor to the Royal Household.

The crown above the name

Queen Beatrix also devised a new system. Large companies that have their roots in the Netherlands can receive the Royal Predicate. They may then place a crown above the name. Shell wore this designation for a long time.

In addition to companies, associations and organizations can also receive the designation get royal. Only with the Royal Predicate can you add the word Royal(e) to the name of the company, association or organization.

The shield is other

Only small and medium-sized companies can be given the title Purveyor to the Court. These companies are not allowed to add the word Royal to their company name. So this is really something different from the Royal Predicate.

The title Purveyor to the Royal Household is only for companies with a regional appearance. These companies do not necessarily have to deliver to the Royal Court, but they do have to meet certain requirements in order to be allowed to wear the Royal Court Vendor shield. The king ultimately decides whether you actually get the title. Even if your company meets the requirements, the king can reject the request without giving a reason. 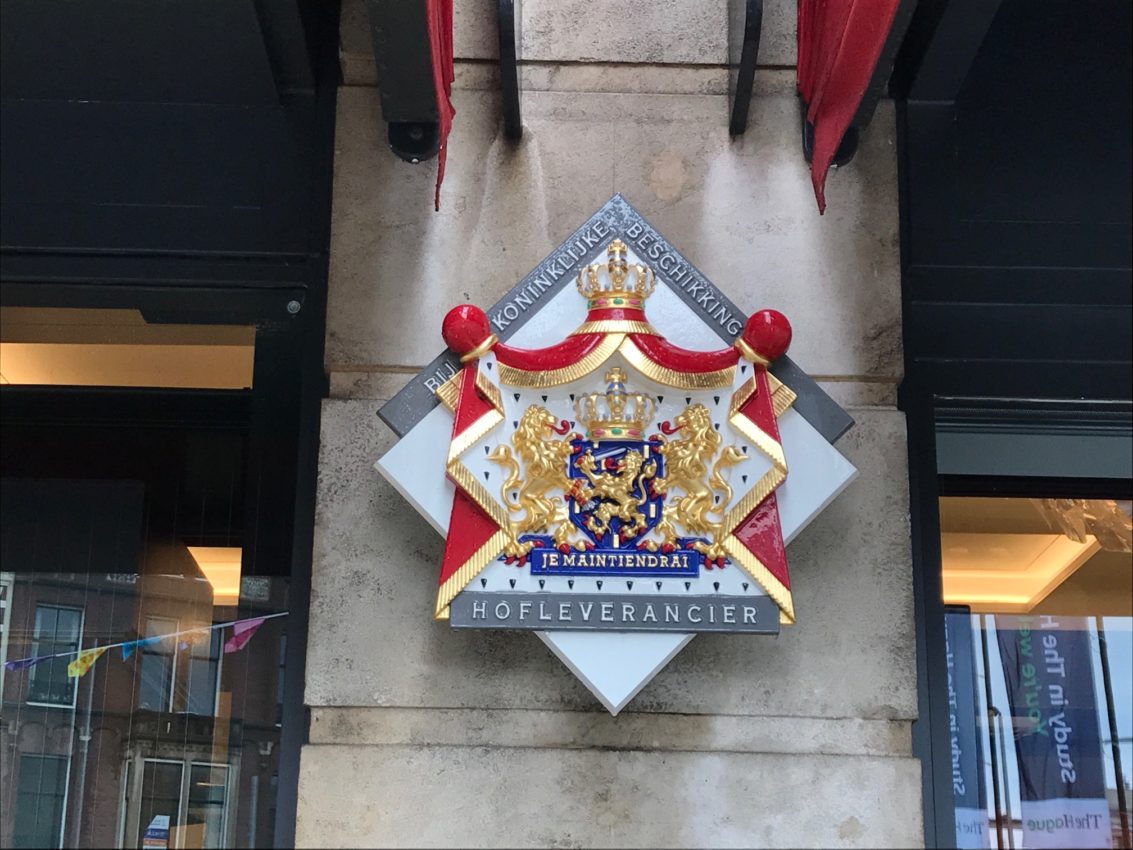 Early in The Hague: why Shell is no longer Royal

Curfew in The Hague: this is what the city looked like a year ago

Joe! 5 x the best vacancies of this week