Tomorrow evening, Thursday 17 November, we are ready for it: the episode of Danny’s Wereld in which Danny Ghosen follows street racer Erkan from The Hague.

Surely Scheveningen was in the news last summer because of the illegal street races that take place there. Many people were bothered by it, but the street racers who do it actually enjoy it a lot.

In this episode of Danny’s world follows Danny Ghosen street racer Erkan from The Hague. Together with other enthusiasts, he regularly goes to remote places to race against each other. They do that on the public road and, to Erkan’s disappointment, it is illegal. “When you play football, you have football fields. We love cars, but nothing gets done for us.”

Street racing is an extremely expensive hobby. Tens of thousands of euros are put into it to be able to outperform the competition every time. Ha Medicine Erkan has thoroughly renovated his car. “For my car you have to think of ten to twenty thousand euros to make it faster.” His heavily tuned car has a special place in his heart. “This is my baby. I have two kids and this is number three.” 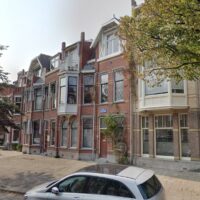 It’s that time of year when the presents come down the chimney. at least, if you have a chimney….

) Wealthy fellow citizens: so many millionaires live in The Hague