Have you seen the first episode yet? Last Tuesday, the Hague police were on TV in the Bureau Hofstad program. We still have seven episodes to go, we are already polling what our readers think.

Ewout goes on the road in the RTL program Bureau Hofstad with the Hague and Scheveningen police. The first episode was intense. We don’t want to give away any spoilers, but it was exciting and very sad.

Our readers are especially positive about the episode. “It had everything in it: a bit of humor, tension and sadness. I thought it was great and it looked good,” Barbara said and Esther reports: “I liked it. I know several police officers in my area, it’s great that I can now watch their work.” People also found the episode intense and they especially expressed their respect to the police officers. “Great and what respect do you get for the police here in The Hague and once again Ewout is doing great!”, says Ilse.

Of course people like to recognize their own city on TV. Although, according to the readers, there are some strange things, such as the route from Scheveningen to Central Station: “I am still thinking about which route those two drove from the Scheveningen office to The Hague Central Station,” says Hugo. “Even I had this! I haven’t lived in The Hague for 10 years But even this didn’t seem right to me. It’s nice to read that not entire neighborhoods and streets have been moved,” Cilia from The Hague adds.

Bureau Hofstad is every Tuesday at 10.10 hours on RTL 4. We are very curious about the next episode. 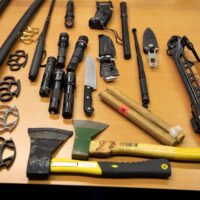 Carel (73) from The Hague played in the biggest Hollywood films: 'Lurch has brought me a lot'

Dense fog: The Hague has disappeared in the clouds